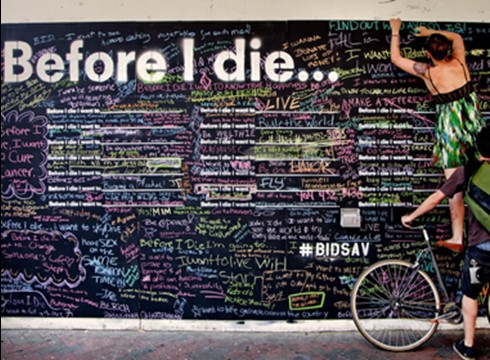 The award-winning SICK! Festival returns to Manchester & Salford 8-25 March 2017 with a three-week programme taking place across the city and with venue partners The Lowry, HOME, the Whitworth, Contact and STUN. Featuring some of the finest and most hard-hitting new theatre, dance, film and public art from around the world, alongside fascinating debates, talks and other events, this is the most ambitious festival programme to date.

SICK! Festival explores the most turbulent experiences of living in the world today. The challenges we face are sometimes rooted in bodies and minds that fail us, sometimes in the complexities of living in a troubled society with others facing their own problems. Embracing the multitude of identities, histories and social conditions that shape us, SICK! Festival asks how we are coping with the world we live in.

A programme of post-show discussions and debates run in parallel with the SICK! Festival international arts programme, with 82 speakers weaving in perspectives from academic research, clinical practitioners, public health professionals, charities and those with lived experience of the issues the festival addresses.

On the Couch discussions bring the public and expert panels together to reflect on issues from identity to illness, while the Living Library series provides unique opportunities to break down barriers and develop a genuine understanding of situations from someone else’s perspective.  Members of the public can engage in 15 minutes of frank, open conversation, to listen, ask questions and reflect with a wide range of individuals. These events focus on the experiences of people living with mental illness, and, in collaboration with Rethink Rebuild Society, people with experience of being a refugee in Manchester.

Of SICK! Festival’s decision to make Manchester its new home, CEO and Artistic Director, Helen Medland said:
“The move to Manchester was essential as the city offers exciting venues who want to promote challenging and thought provoking works. World class Universities, extensive charity and community organisations, a local government leading the way in meeting societal needs and a population that we believe embraces the openness and inclusion that SICK! festival represents. We are very excited about how SICK! can connect with audiences across Manchester.”

“SICK! tackles issues that are of deep importance to us as individuals and a society. It is truly unique in the way that it brings together different voices and sectors, from the arts, from the community and from research. For this reason, MSP is delighted to support the festival. It makes a great contribution to our city, and we look forward to the 2017 festival with real excitement."

Since launching in 2013, the festival has presented over 200 events featuring over 300 artists, at 25 locations in Manchester and Brighton attracting audiences totaling over 200,000. In 2015, SICK! Festival won the prestigious EFFE Award for excellence, which recognised 12 outstanding European festivals of the year, from a pool of 760 festivals across 31 countries. 2017 will see the festival grow further across Manchester and Brighton in 26 venues with 82 speakers, 116 artists, 66 performances, 18 public installations, 14 UK premieres, 13 discussion events and 5 co-commissions!