During the 7 hour Hack the apprentices were busy coding, creating circuits, programming and using their impressive creative skills to develop a dynamic robotic vehicle that would be put to the test during the final robot battle. 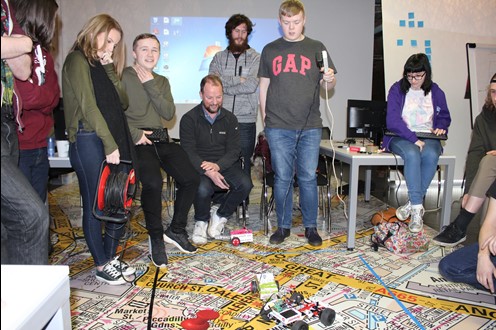 Speaking with the apprentices, we got to hear more about their backgrounds and the opportunities that Manchester can offer young people in tech.

Aged 17 - 18, the apprentices had finished their A-levels and were completing Manchester Digital’s 18 month apprentice programme. Many of the hackers said that having quality apprentice schemes like this meant that they were able to do  hands-on work and gain valuable software development experience before deciding to go to University.

Coming from subject backgrounds such as computing, software engineering and maths, the apprentices explained that their hacking knowledge and success actually came down to the ability to problem solve, think logically and research effectively. One of the apprentices explained: ‘coding and hacking is just like baking a cake, just like you research the recipe needed to bake it, coding is the recipe for making a robot move’.

The Manchester Digital Apprentice Programme also ensures that apprentices learn how to communicate effectively, collaborate, build relationships, plan and innovate. Over the course of the programme, apprentices become more autonomous in their work and have the opportunity to mentor more junior coders and hackers.

Katie Gallagher, Managing Director of Manchester Digital, said: ‘the apprentice programme was developed due to the high levels of unmet demand for developers in our industry and the need to deliver training that taught cutting-edge practice. The programme is designed by employers across the North, meaning that the curriculum changes as industry does, making sure that learners are really learning from the experts’.

On asking whether Manchester as a city offers enough opportunities in supporting apprentices with coding and hacking skills, all apprentices complimented the city’s huge range of meetups, workshops, hackathons, apprenticeships and informal ‘coffee and code’ chats, as well as the involvement of huge companies based in the city.

Starting with just a laptop screen, a Raspberry Pi and connecting wires - creativity, planning and innovation were certainly in abundance as the apprentices ‘hacked’ away and developed their robotic vehicle. It was great to see the amount of teamwork that went into the plans and designs, and even more exciting to watch the final challenge were teams had the chance to test the strength and functionality of their robot in an intense robot battle!

The Robot Hack featured as part of Manchester Digital’s annual four-day Skills Festival -  the largest digital careers fair in the UK with many opportunities for school children to learn digital skills in a practical setting.

It is fantastic to host these events at Manchester Science Park, and always great to work with our valued partner Manchester Digital on shaping the next generation of tech entrepreneurs and supporting Manchester’s ambition to become a leading digital city. 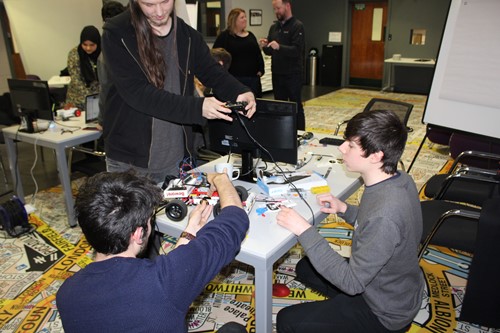 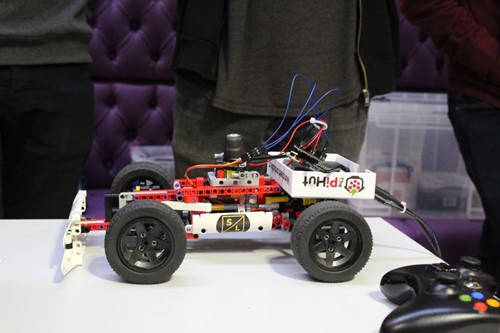 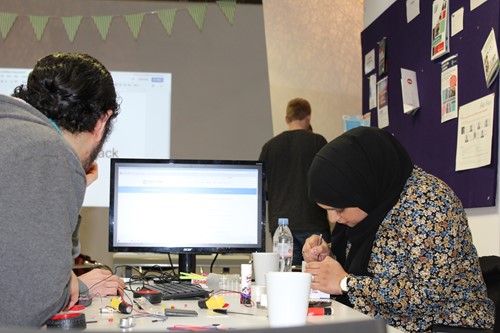